The shortest distance between new friends is a smile. ~Unknown

Jean Noble sipped at her scalding, large cup of coffee tainted with three packs of brown sugar, hazelnut Coffee-Mate cream, and three swirls of honey. The sweetness danced on her taste buds and kept her alert. She scanned Park Street Station as she waited for the train headed for Copley. A friend she recently made at the office was over there, and Jean was twenty minutes late for their shopping date. She blamed it on the Green line. Three times already she tried to board a train she thought would stop, but it roared past her and blasted hot air at her face.

Instances like these dragged the inner schizophrenic out of her as she mumbled out loud her disgust and paced back and forth with her head stretching to spot the next train. She made several eye contact with like-minded individuals, all of them victims of the Green line’s love for wasting people’s time.

There! Jean spotted an individual who sent the alarms in her head ringing and clamoring for her to make a move. Everyone had a story but not everyone knew it. The young Asian woman that stood at medium height and possessed a lean built knew her story. A crown of reddish brown hair cropped close above her ears sat on her head, showing off the six, no seven piercings on her right ear. The young woman glanced at her men’s size Omega style watch, and Jean caught the tattoo of a blue bird in the inside of her wrist. Her eyes went to the full lips in a faux nude against a pale face and eyes with boredom and tiredness floating inside them. The young woman exuded confidence, coolness, and a tad of sadness mixed with loneliness. Something had happened to her. She stood unapproachable. They were the most difficult, but often also the most interesting.

The green train approached and stopped, so Jean made sure to get into the same car as the young woman. People crowded the train, unwilling to wait another minute for the next.  She casually stood beside Blue Bird and examined her oversized, black shirt of a woman’s face in white with strands of hair over her eyes. Jean counted. One. Two. Three.

“I like your shirt,” she said and smiled. “It’s pretty cool.” She hit the young woman with that aura of loveliness, flowers, and full-on acceptance and approval.

Blue Bird raised her eyes in surprise that anyone would talk to her, but after a few seconds she smiled. “Oh uh, thanks. My ex made it for me when we uh…in Italy.” Her voice and eyes betrayed the sadness she wanted to mask.

Jean’s feet gripped the floor of the car and her knees bent occasionally as the train rumbled from stop to stop. The rest of the passengers held onto the railings and bars above. The one space available to grab required she perform some unnatural arm bend. Never in the mood to touch four strangers at the same time or look like some strange yoga acrobat, she kept her hands in her black leather jacket’s pockets. Subway experience taught her the delicate art of balancing one’s body while in fast and jerky motion.

A popular hip-hop hit exploded from a commuter’s Beats headphones and someone attempted to cough out a lung, heart, and then some. Hopefully, the germs planned to stay away from here. Aside from that, no one talked.  The silence made Jean more aware of the conversation she planned to strike up with Blue Bird. Everyone would pretend not to listen, but an audience served only to raise her excitement and nervousness—feelings she fed on for power.

“Why are you wearing a shirt from an ex? That is, if you don’t mind me asking,” she said.

Blue Bird chuckled. “You know I asked myself the same question today, and I still have no answer.  I’m Trinity by the way.” She held out a hand, which Jean gladly accepted.

The woman had a firm, confident handshake. Good sign. Her skin felt smooth too, and Jean held on a second longer before the release.

“Jean.” She gestured at the shirt. “That’s um that old model, right? Twiggy I think her name was…”

Trinity nodded. “Yeah. My ex and I were big fans of her, and uh she surprised me with this shirt. Valerie’s an artist and teaches art to middle school children.” Blue Bird’s brown eyes softened as if she remembered a good memory.

Jean didn’t blink. She had suspected from her appearance that Trinity was probably queer. “Valerie sounds like a pretty awesome person.”

Whoever this ex was, Blue Bird clearly still had strong feelings for her.

The train slowed to a halt a third time, and a third time Jean’s heart sank in fear that her new acquaintance would leave. It was her least favorite part of people collecting in the subway. However, she had a method of never wasting an opportunity.

“I’m sorry, but this is my stop. It was really nice chatting with you. I can feel you’re a good spirit.”

“Blue Bird, wait!” Jean bit her tongue and heat rushed to her face. The nickname slipped out of her mouth without consent.

“Okay, thanks for not being weirded out. Please take this.” Jean gave her business card.

“Maybe we can talk again or catch coffee together or something. Anyway, it was nice talking to you too. Thanks.”

“Ah, okay. Thanks?” Trinity laughed, made the card disappear in her blazer, and walked out the train to her destination with smooth confidence in each step.

Jean sighed and hoped Blue Bird would call and not chuck her card in the nearest trashcan. She usually caught people in her aura, but this time Trinity’s strong, positive vibes wrapped around her and made her feel safe and calm, a feeling she wanted to last longer.

By the time she made it to Copley station, her shopping mate called to cancel their meeting.

“Claire, I’m so sorry. I forgot how atrocious the Green Line was.”

“It’s okay. We can meet up next time. See you in the office tomorrow.”

“Yeah. See ya later.” Jean ended the call and sighed. Another lonely Sunday afternoon waited for her. Now, she had to take the Green Line again to return home. She groaned and decided to treat herself to a big fatty donut before the commute back home. 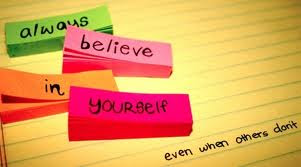 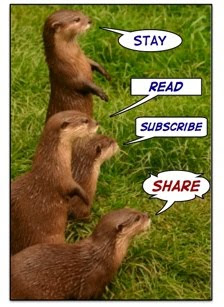